Home > Blog > The Zika Virus and Pregnancy: Answers for Women Who Are Expecting

News headlines in recent weeks have highlighted the dangers and recent spread of the Zika virus, and it seems like the available information changes almost every day. These headlines are alarming, and they’re resulting in lots of questions among our patients. So what do we really know about the Zika virus? And what does the Zika virus mean for pregnant women?

What we know about the Zika virus

We know that Zika is spread by a particular kind of mosquito, generally found in tropical regions around the world. This mosquito species is not yet present here in Connecticut and it’s very uncommon in the continental United States. We also know that so far there have been few documented cases of person-to-person transmission: You can only contract the virus if you’ve been bitten by an infected mosquito, and possibly through blood transfusion or sexual contact. There is no commercially available diagnostic test for the Zika virus and there is no vaccine. And we know that Zika is usually a mild disease: Severe complications or deaths from the virus are historically rare.

The virus is named after a small forest in Uganda, where it was first identified in a monkey in 1947. For seven decades it’s been considered an obscure disease among humans, with only one in five infected people having symptoms (including low-grade fever, rash, joint pain, headache and conjunctivitis, or red eyes). The virus tends to incubate for 3-12 days before symptoms are noticed, and most people clear the virus after a week or less of contracting it. But the current outbreak has been the most widespread — and the most worrisome, because of its suspected connection with an autoimmune disease called Guillain-Barré syndrome, and how the virus is believed to affect pregnant women.

How does the Zika virus affect pregnant women?

If a pregnant woman becomes infected with the virus, it may result in her child being born with a rare birth defect called microcephaly. Microcephaly is a neurological condition that causes babies to be born with small heads, incomplete brain development and severe developmental issues. In rare instances, microcephaly can result in death. In Brazil, where the current Zika outbreak is believed to have hit hardest, microcephaly cases have greatly increased compared to 2014.

What do pregnant women need to know?

The main thing that pregnant women in the United States need to know is that they should be careful when traveling, and if possible they should avoid travel to specific tropical destinations during pregnancy. As of February 1, the Centers for Disease Control and Prevention (CDC), the leading national public health institute of the United States, has issued Zika-related travel warnings for the following countries and locations:

The CDC recommends that pregnant women — no matter which trimester — consider postponing travel to any of these places. Many airlines and cruise companies are offering refunds and allowing for travel changes without a penalty. If travel to one of these locations cannot be avoided, the CDC advises first consulting a doctor and carefully following steps to avoid mosquito bites, such as by wearing full-length clothing, using mosquito repellent, sleeping under mosquito netting, and staying inside screened or air-conditioned rooms, especially during early morning and late afternoon. Likewise, women of childbearing age should avoid pregnancy for a few weeks after returning to the United States from one of these places. Currently, the CDC does not believe that women who have had the Zika virus and who get pregnant after recovering are at risk for passing the virus along to their unborn child.

In addition, the CDC recommends that doctors should ask all pregnant women about recent travel, and that a Zika test should be performed on any pregnant woman who reports two or more Zika symptoms or whose ultrasound scans show signs of microcephaly within two weeks of traveling to an affected country. If you are pregnant and have recently been to one of these places, be sure to let your physician know.

Watch this video on the zika virus and pregnancy from the American Congress of Obstetricians and Gynecologists.

Dr. John Garofalo, M.D., is a gynecologist located in Fairfield County, Connecticut. He has more than 20 years of practice and surgical experience covering many facets of obstetrics and gynecology.

Laury Berkwitt, APRN, is a nurse practitioner specializing in women’s health in Fairfield County, Connecticut. Laury has a passion for providing quality women’s health care in a safe and comfortable manner by creating a trusting patient-practitioner relationship. She has been in practice for more than 10 years, caring for women of all ages.

For more information, go to www.garofaloobgyn.com. John Garofalo, MD, and Laury Berkwitt, APRN, can be reached for personal consultations by calling 203.855.3535. 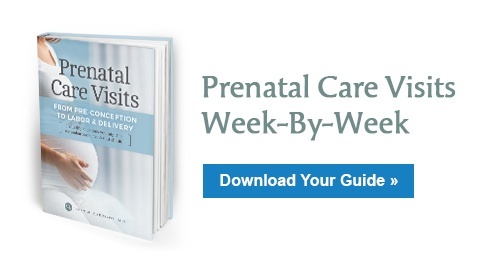